Campsite tourism in Guéthary in the Basque Country

More confidential than Biarritz or Saint Jean de Luz,
Guéthary deserves more than a glance.
It is the smallest village on the Basque coast, however, it is very popular with tourists while preserving its authenticity and charm of yesteryear.
This is why many holidaymakers staying at the campsite (caravan, camper van, mobile home) do not fail to go to Guéthary, on foot, by car, by bicycle or via the shuttle provided for this purpose.
As you will have understood, a tourist holiday in the Basque Country necessarily rhymes with a visit to the typical village of Guétary. 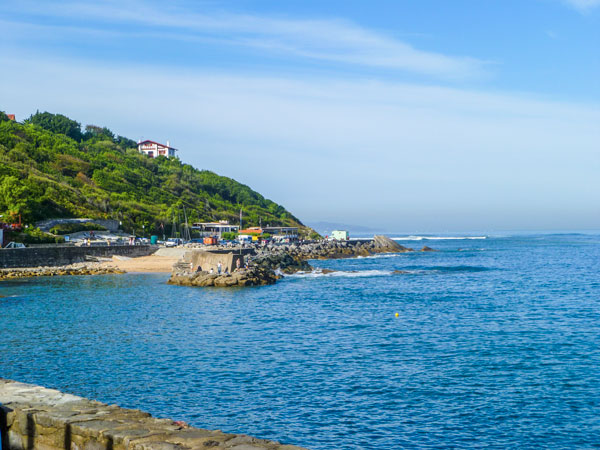 History of the Basque village

Guéthary obtained its autonomy from 1580 and was erected as a town around 1633. Originally, the village of Guéthary was mainly inhabited by the families of fishermen. As early as 1850, the operation of the bathing establishments near the port changed the appearance of the hamlet of Costa Aldia, which was once sparsely populated, with only four farms, five dwelling houses, a customs barracks and an inn. It was the beginning of the construction of hotel restaurants, the transformation of old houses or farms into boarding houses, but also the discovery of accommodation with locals. Other changes have also occurred such as the development of existing businesses such as bakeries, grocery stores and butcher shops, not to mention the
generation of seasonal jobs. With the arrival of the train in 1864, the movement will increase in order to find its full capacity after the opening of the station.

From 1880, the first second homes were built. From the beautiful villa to the sumptuous residence, there were 11 at the end of 1900. Nowadays, Guéthary has become urbanized, and Costa Aldia has become the village’s downtown area. Its main resource remains tourism, including campsite. Today, the fishermen’s port has practically taken on the appearance of a marina. 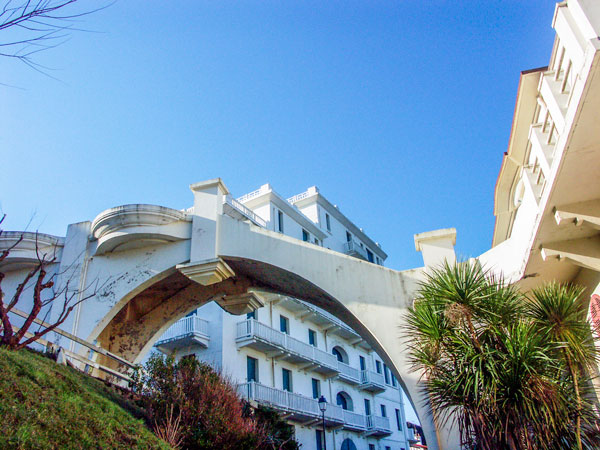 A typical Basque village, Guéthary is widely open to the ocean. During your stay in this preserved corner of the Basque Coast, do not hesitate to leave the Euroziklo for a moment, and get lost in its narrow streets on the pediment and town hall side to discover all the charm of this Basque village. Also take a detour to the Guéthary Municipal Museum, a classified museum of France. It is located in the villa Saraleguinea, and houses works by the artist Georges Clément sculptor, but also first editions of Jean Paul Toulet, and writings by the poet. You will also discover the remains of a Gallo-Roman curing plant, an exhibition room dedicated to the heritage and traditions of Guéthary. Temporary exhibitions of contemporary art and regional or foreign artists are also organized.

The 16th century church of St. Nicholas is also worth a visit. It is located at the highest point of the village. The terraces of the cemetery surround it. Its bell tower, a grey stone pediment, stands out on the horizon and remains visible from very far away at sea. It has a sober and massive appearance with its covered porch and bell tower, contrasting with the interior richness. In 2001, it was included in the supplementary inventory of historic monuments.
You will find at the reception of the campsite many elements allowing you to make a good tourist visit of the city of Guethary, or on the official website of the city http://www.guethary-tourisme.fr/.

Discover the villages of the Basque Country from the campsite

Prepare your tourism holidays in the Basque Country, taking advantage of our campsite’s exceptional location.

You can find out more about which cookies we are using or switch them off in settings.

To help us better understand how our website is used, we work with Google Analytics.