Festivals and events in Bayonne

Concerts, exhibitions, parties, gastronomic appointments or sports events at Bayonne you will not get bored. Among the essential events at Bayonne , we can cite the ham fair, the Bayonne festivities, Fridays at the ramparts or the bullfights.
Indeed, Bayonne is a festive period in the city starting on the Wednesday preceding the first weekend of August and ending on the following Sunday. They are part of the most important festivals of France. You can enjoy these events by staying at campsite in the Basque Country, located just 30 minutes from the city of Bayonne .

Festivals and events in Bayonne

Concerts, exhibitions, parties, gastronomic events or sports events, in Bayonne you won’t be bored. Among the must-attend events at Bayonne are the ham fair, the Bayonne festivities, Fridays on the ramparts and bullfights.
Indeed, theBayonne festivals are a period of celebration in the city beginning on the Wednesday preceding the first weekend of August and ending on the following Sunday. They are part of the most important celebrations in France. You can enjoy these events by staying at campsite in the Basque Country, located only 30 minutes from the city of Bayonne. 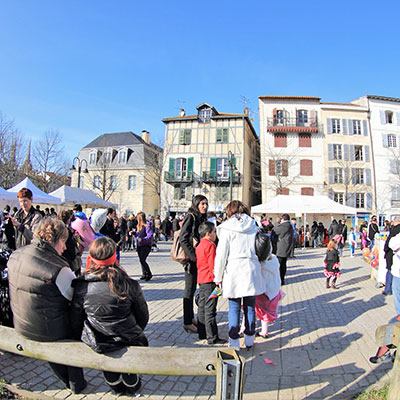 The streets of Bayonne

Tortuous and dark, the attribution of Bayonne’s streets is still the same as it was in the Middle Ages.
Bayonne residents spend most of their leisure time in the narrow Place de la Liberté, once known as Place Gramont. As for the busiest and most commercial street is rue Port Neuf. For much of the Middle Ages, it was used as an inland port.
Following rue de la Monnaie, you arrive at Place Notre-Dame, which was called Place Publique under the old regime.
The rue des Prébendés extends from rue Montaut, at the cloister level to boulevard du rempart Lachepaillet, near the cathedral. It crosses the streets of the Governors, Douer and Faures. You will find on this street the clergy. At the corner of rue Douer and rue Faures stands a high house, the former Rocher du Calvados, an inn that has enjoyed its hour of popularity

In rue Argenterie, you will find the goldsmiths.
In the rue des Tonneliers, we find the barrel makers, with its arcades under which the ears were muffled by the crash of the hammers.
The other streets house the coin dealers, the cider merchants, as well as the beautiful processions that formed all its trades.
On the other side of the Nive begins the labyrinths of the old streets.
In the rue des Cordeliers and on the quay of the same name as the most famous cabarets and hotels in the city.
Further on are Pannecau, Pontrique and Galuperie streets.
And after having covered its entire length. 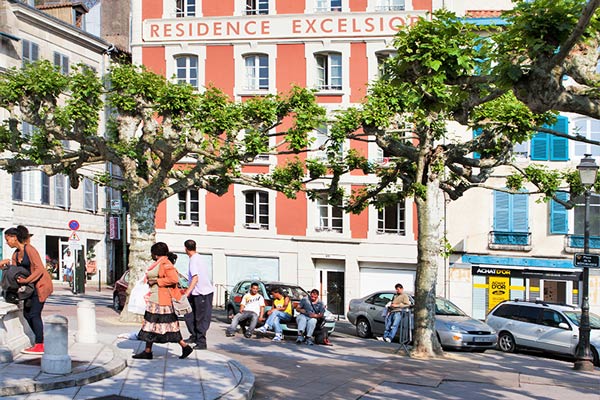 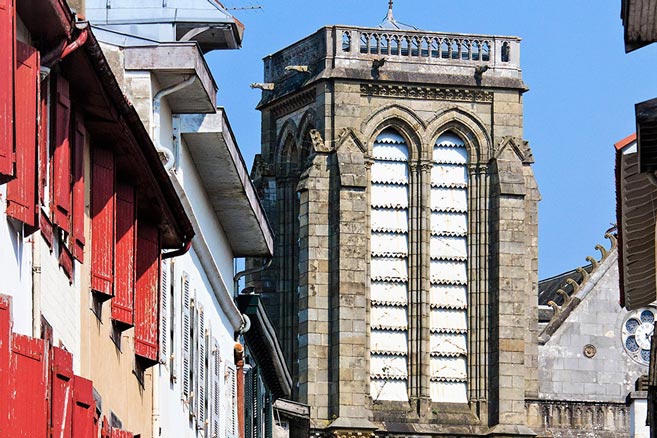 It is good to stroll down one of the pedestrian streets of Bayonne to enjoy chocolate. Indeed, Bayonne has culinary specialities that are worth a visit. In Bayonne, as throughout the Basque Country, gastronomy plays an essential role in the specificity of the Basques and their culture. Indeed, the city of Bayonne was known for the particular richness of its cuisine since the 12th century. The gastronomic specialities of the area are famous far beyond the borders of the Bayonese country, whether it is fish cuisine such as ttoro soup, or meat cuisine such as veal axoa, not to mention dessert, the famous Basque cake.
But Bayonne is best known for its Bayonne ham. Originally, the ham came from the surrounding countryside and was shipped throughout Europe through the port of Bayonne, from which it took its name. It owes much of its reputation to the quality of the salt that preserves it, the natural salt of the Adour region, which gives it its exceptional taste. Today, Bayonne ham is becoming a highly sought-after and appreciated delicacy. 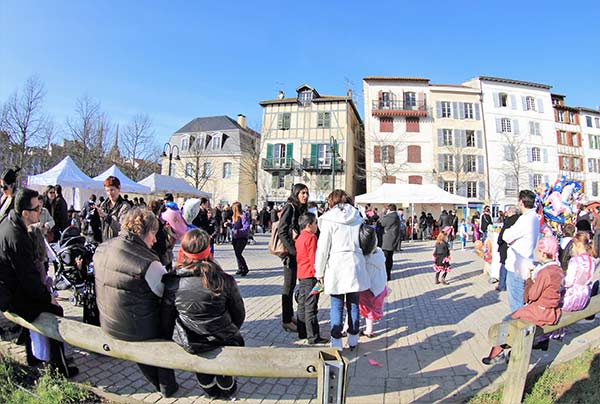 Prepare your tourism holidays in the Basque Country, taking advantage of our campsite’s exceptional location.

You can find out more about which cookies we are using or switch them off in settings.

To help us better understand how our website is used, we work with Google Analytics.